We are based in the East End of London - in the Borough of Tower Hamlets. This part of the capital is extremely vibrant and diverse with a rich and interesting history. Some of our more famous landmarks include Brick Lane - the 'curry capital' of London, reflecting the large presence of British Bangladeshis; Canary Wharf financial district and Victoria Park which hosts many festivals and celebrations throughout the year.

The rich and colourful history of the East End has afforded it considerable, if not infamous, status in the chronicles of London. With the grandeur of the Tower of London, the political shenanigans of Thomas Cromwell, the Jack the Ripper murders, the Blitz, and the gangland feuds of the Kray twins, the East End is rightly proclaimed as a 'microcosm of London's past'. 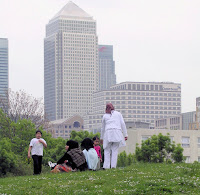 The London Borough of Tower Hamlets epitomises the East End's diverse and rich culture, history and geography. The distinctive 'u-bend' in the River Thames forms the most southerly boundary of Tower Hamlets, which encapsulates the hugely regenerated Docklands and the iconic Canary Wharf building, while the Tower of London lies on the most westerly point. Modern day Tower Hamlets is a complex and cosmopolitan, multiracial and multicultural borough which has undergone vast, and intense, political, religious and cultural change over the centuries. It remains a diverse, exciting and dynamic community which E123 Mission House and partner churches seek to be part of, whilst seeking to work and pray for its renewal and change. 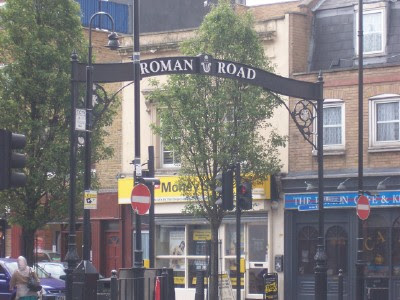 We want to see the Church change the world. We are looking for people to come and help us. Whether you are 22 or 62; whether you are a professional banker or professional cleaner, if you want to do Jesus’ work in one of the most vibrant urban settings then consider working with E123 Mission House. Read more...